Instructional Fighting DVD's on unconventional fighting methods are designed to teach you, and your family members, how to not only level the playing field, but also to give you a distinct advantage, in any violent situation where your safety is threatened!
These are all professionally produced and created, and the people who made them are experts in the art of self-defense, and other various disciplines of fighting and even some martial arts. The whole family can learn some possible life-saving moves from these awesome DVDs.
Naturally you do not want to be violent, and you don't want your kids fighting with other kids, ever, but... when anyone in your family is attacked by someone who means them harm, or possibly worse, (as in a predator or criminal) it is good for them to know a few moves to ward-off the attacker, and possibly teach him a lesson.
DVDs like these will never be found in a store where you can buy or rent a Disney classic, or any modern day movie, these are a highly specialized production, and the pricing is not similar to movies and entertainment DVDs.
We have selected the finest instructional DVDs about fighting that we could find, for your shopping convenience. Remember: you get what you pay for.
DVD-CUCCI

U.S. Navy SEAL Unarmed Combat Instructor Reveals Amazing Combat Proven Fighting System! ...Especially Effective If You Are Surprised,
Out-numbered Or Just Caught In A Situation Where Everything Is Screwed Up!

FRANK CUCCI - Spent 12 years as a Navy SEAL (including four years in SEAL Team Six), the most elite division in the SEALS - the guys who always get the juiciest and toughest assignments.

UNARMED COMBAT COURSE - You’ll learn skills specifically designed for situations where top soldiers suddenly found themselves without a gun or even a pocket knife - possibly wounded - surprised by ambush - out-numbered - and with the violence around them reaching the point of life and death! Minimal athletic ability is required, and each move must have a high consistency of success. 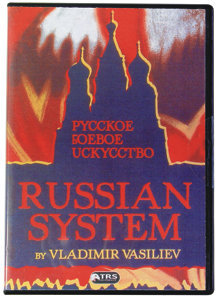 VLADIMIR VASILIEV - A former Russian soldier in the elite Spetznaz secret service of the Russian Army (so well-trained in every aspect of combat that even the dreaded KGB was terrified of them). When Vladimir escaped to Canada from Russia, everybody wanted him - including the U.S. military, eager to learn his combat secrets - and the U.S. military still doesn’t have these amazing fighting secrets! You cannot find a qualified teacher of these vicious hand-to-hand fighting secrets anywhere in the United States.  This stuff is hands-down the best-kept secret among insiders in the world of serious combat.

RUSSIAN FIGHTING SYSTEM - This unique and almost lost art is the only hand-to-hand fighting system taught to the feared and deadly Russian Spetsnaz soldiers! 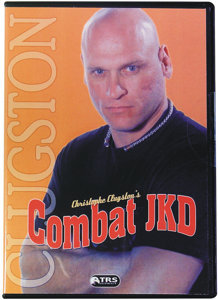 Every fight is BAM-BAM and you're done! "All Your Fancy Fighting Skills Won't Earn You An Extra Second Against This Devastating New Natural Streetfighting System!"

CHRIS CLUGSTON - As a bouncer, kick-boxer, shoot boxer and experienced street fighter, Christopher Clugston knows how stupid it is to master any martial art style that has ”rules”. The real world of street fighting has no rules!

COMBAT JKD - Chris is very aggressive in his teaching methods. He demonstrates running attacks and how to deal effectively with multiple attackers. These techniques are quick and easy to learn and don’t necessarily require a partner to practice and master them. This is the most honestly brutal, BAM-BAM and-you’re-done kind of fighting you could ever imagine … and the best part is, it’s especially easy for ”non-fighting” types of people to master quickly! 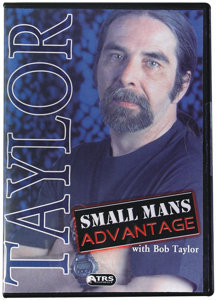 "Why Are The Biggest and Toughest Fighters
So Terrified Of Little Bobby Taylor?"

BOB TAYLOR - Was born a little man with a smart mouth and a bad attitude. So he had to learn how to fight - and win. Perhaps the best self educated street fighter around. He developed his unique style of dirty fighting during his 40 years of formal training. He’s worked as a private eye, a personal armed bodyguard to superstar rock groups (like Aerosmith, the Who and Led Zepplin), and a canine handler for 11 separate jurisdictions.

SMALL MAN’S ADVANTAGE - In the most sizzling display of raw fighting savvy you’ll ever witness, little man Taylor proves you can quickly learn, and just as quickly use, his personal Bag O’ Nasty Tricks to completely obliterate someone twice your size. In fact, these vicious tricks work best when you’re outweighed, outsized and out-muscled by your opponent! 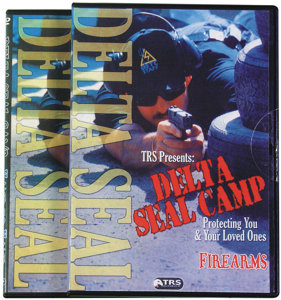 This is a series of elite combat courses that were hosted by actual Navy SEAL and real U.S. Army DELTA veteran trainers.

Are these high-level combat skills too powerful for the public?

The Shocking Story of How the Feds Are Trying to Prevent You From Getting This Elite Combat Training!

DELTA SEAL CAMP - This is a series of elite combat courses that were hosted by actual Navy SEAL and real U.S. Army DELTA veteran trainers. DELTA SEAL CAMP - For 4 incredibly intense days, shared everything they knew about close-quarters weapons and unarmed combat. We brought together former Navy SEALs and DELTA Force soldiers to teach their spec-op level armed and unarmed skills to a small group of ordinary civilians for 4 intense days, word quickly got back to Washington - and the whole thing sent shockwaves throughout the entire Defense bureaucracy!  These camps were the most complete training in elite level military hand-to-hand and firearm expertise ever offered to anyone outside the Special Forces. 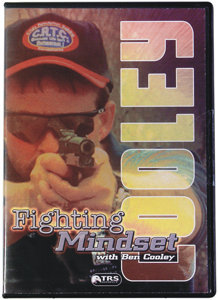 This is the identical training that has saved the lives of cops and soldiers...
and yet a lot of people are hoping you never discover it!

BEN COOLEY - Is a professional SWAT Team Trainer and a key member of an elite Federal Tactics Team that protects sensitive government installations. He has over 14 years of intense hands on experience in hostage rescue and SWAT operations. He’s also a Two Time Soldier of Fortune Three-Gun Champion He’s won 7 separate State and Regional Gun Championships - a two-time Championship Team Leader at the USPSA National Championship.

FIGHTING MINDSET - In case you didn’t know, home invasions are the most deadly and most horrible of all attacks. It’s the surprise that can defeat you if you don’t know how to deal with it. Bennie gives you special skills that not only prepare you to respond to a surprise attack - but you’ll know how to take control over the situation in the blink of an eye! 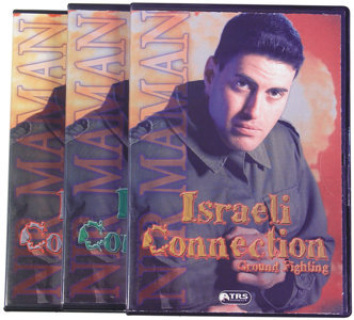 NIR MAMAN (pronounced Near) - Is a former Israeli special forces commando and top hand-to-hand combat instructor.  His long-range reconnaissance unit (the feared Sayeret Golani) roamed deep into enemy territory, fighting, capturing and eliminating terrorists and insurgents.  Usually, there were only 4 men in his unit.  Alone, without back-up, miles from safety - and with less than one-fourth the training U.S. Spec Op soldiers receive - these men faced constant, unrelenting and vicious counter-guerilla combat. These men did not have the luxury of long training. Israel has a limited population, and the men who join the Special Forces must get up to speed faster than any other soldier in the world.

ISRAELI CONNECTION - This is a huge 4-disc package -- the first 2 lifechanging videos are on hand-to-hand fighting, including moves no one outside the Israeli Spec Op world has ever seen before! The third video is a stunning ground fighting video and the fourth is an incredible knife and gun disarming lesson. 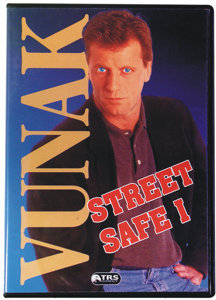 Top Secret Hand-To-Hand Fighting System
Finally Released To Civilians! "And, of course, the most amazing thing is
how fast you can learn it!"

STREET SAFE - This package presents the eight basic tools of JKD that will get you out of 95% of any street confrontation. The instruction is clear, concise, and easy to learn. 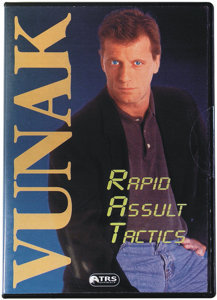 R.A.T. FIGHTING SYSTEM - Paul originally designed this R.A.T. fighting system for ”hot duty” professionals who had zero time to practice, often had no previous fighting skills, but whose lives depended on learning a simple ”end the fight right now” set of skills. 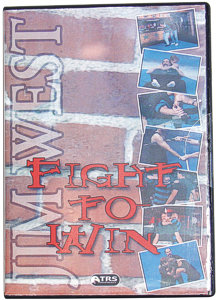 Carjacked...Beaten...Assaulted... WORSE!
She's your girlfriend. Your wife. Your daughter. Your sister. Your mother. Your best friend.
She's a woman in danger.
AND HER SAFETY IS YOUR RESPONSIBILITY AS A MAN!

JIM WEST - Is simply one of the most feared men on earth. He has earned a half dozen medals in Iraq during Operation Desert Storm, has spent 15 years in the black bag arm of the Green Berets, trains special forces and Justice Department agents in hand-to-hand combat, and has actually been in over 600 bloody hand-to-hand street fights - never losing - ever!

BACK TO TOP OF PAGE
Powered by