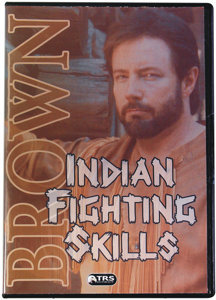 Not You Nor Anyone You Know, Has Ever Seen This Stuff Before!  Nor, are you adequately prepared to see it without a dramatic "shift" happening in your life.  It is that powerful. It is that shocking.

I know you are very skeptical at this moment. With all the fighting systems available out there, it seems insane to think there could BE any system that NO ONE ELSE HAS EVER SEEN. Well, I'm deadly serious. These are not military secrets, or CIA, or any other formal organization who's mad at me. Nope. It's much, much worse.

Think about it. Do you have any idea who the BADDEST ASS FIGHTERS are over the last couple of centuries? It's not the Russians, not by a long shot. No Samurai ever got this skilled in hand-to-hand. It's not the Filipinos. Not the Vietnamese guerrilla fighters. Not the Mafia.
Nope. The most feared... most respected... and most hyper-skilled fighter who ever walked this earth... was the Native American Indian.

Forget about what Hollywood has done to history.

The Plains Indians (Apache, Comanche, Cherokee, Pawnee) held off the entire U.S. military... despite being outnumbered 100-to-1, despite lacking any technological advantages. The ONLY reason the Indians eventually lost was through attrition...they just couldn't match the population of settlers swarming across their territory. They lost only because a tidal wave of humans overwhelmed them.

When it came to fighting skills, the lowliest Comanche warrior could wipe out an entire troop of "civilized" soldiers all by himself. Part of it was the warrior's knowledge of the land and nature...he could run 20 miles without getting winded, and hide for weeks without a trace.

But more importantly... he excelled at hand-to-hand fighting. Especially...

1. Single move kill tactics...
2. Jaw-dropping vicious strikes that cripple instantly...
3. And moves that make it IMPOSSIBLE for another man to "capture" you or hold you down.

Though Indian fighters trained their entire lives... the actual MOVES they use are amazingly easy to learn.
You don't have to be a big guy. You don't have to be in super-hard-ass shape (or even be in shape at all, really). No special skills are required, no strength, no nothing.

The fact is... you can just WATCH these kill moves... and suddenly be more dangerous than you ever imagined. Instantly.

Wouldn't YOU want your teenage daughter to have some of this knowledge in case anyone ever tries to attack her and overpower her?

There are people out there who might be OUTRAGED that we are offering to teach people these super-secret hand-to-hand killing arts.

The man who shares these skills with you... is probably the most RESPECTED fighter ever!

His name is Randall Brown, and he fears no one! Despite the fact he had to beg and prove himself to the Indian fighters who taught him these skills. It took Randall years to win the confidence of the men who finally revealed these brutal arts to him.

So, why is he sharing his knowledge with you? Simple. These skills are quickly becoming so secret... they're about to disappear. Just like so many American Indian languages have vanished, never to be spoken again. Randall agonized over this decision for a long time. He's only teaching these skills... to make sure these amazing skills are not lost to history.

How brutal are they?

Well let's just say that Randall is a 12th degree black belt and grandmaster. He is 4th degree black belt in Yondan, an expert at Sambo combat, and an authorized instructor in six other martial arts. So he's no fluke. But he insists that this "Plains Indian" form of fighting is the most lethal, brutally, and viciously effective thing you'll EVER run across.

You see, when he discovered he had some serious Indian blood in him (he's Cherokee/Apache/Irish)... he began a journey that took him all over the U.S. and Canada, to reservations, small towns, and finally to the Great Plains. Where the real action was.

What's so special about these skills? Well, for starters...

1. You will learn to snap an attacker's neck with three different (and very easy) moves. (It's even worse for him if he has snuck up on you.)
2. You will learn the most devastating punch ever thrown by a man against another man... a move that can stop a heart, yet will not hurt your hand. (And requires no strength.)
3. You will learn how to quickly "break down" an attacker twice your size and weight... turning him into a pile of bleeding beef at your feet in a matter of seconds.
4. You will learn how to escape from having your hands tied... reverse a knife-to-your-throat situation (very nasty and bloody)... how to flip monster-sized attackers as easily as tossing a box of cereal across the room (breaking his back, and pulverizing his guts in the process)... and a dozen more easy moves that will shock and incapacitate ANY sized attacker.
5. And... you will learn astonishing "instant take out" moves you have NEVER SEEN BEFORE. Not anywhere. Not by anyone.

Randall stresses that he did NOT add an ounce of "Asian Martial Arts" to this system. He did not "build" or piece together his own system. No way. What he teaches you is nothing but pure, distilled, untouched "Plains Indian" fighting techniques...an extremely savage and brutal fighting system the Plains Indians used in the extremely savage and brutal world in which they lived.

This is completely unique and unlike anything you've ever seen before.

This fighting instruction is going to rock your world, instilling sizzling new confidence and mega-dangerous self-defense moves that will shock and surprise the hell out of anyone who dares attack you.
And... it's going to happen so FAST your head will spin.

Remember the old adage: "You get what you pay for."
back to instructional fighting dvd's
Powered by